I have discovered Micheal Bazzwell and all the privacy information he has to offer. I bought the 3rd and now the 4th edition of is book. He is a little extreme – I would expect he would be given the title of his book – “Extrema Privacy”. He has a lot of good advice though – well worth checking out.

Dig in. There is a lot of infor…

In are you have not seen this yet, Forbes has an excellent article on how to disable Facebook and Instagram’s data harvesting of your personal photos that you upload to them. It should be no surprise to anyone concerned about privacy, but Facebook and its sister company, Instagram, stripes your personal location data from your photos when you upload them to their service, then reinserts its own data into the pictures it posts.

Does it delete your personal data its removes? Of course not. It save and stores it. As Forbes States:

So, does Facebook delete the location data after it has been stripped? No, of course not. Why would the world’s most avaricious data harvester throw away valuable information that it can use to monetize you even further? Facebook stores the data in its multi-billion-dollar data vault, against your profile.

The solution is to not give it the data to begin with. Thankfully, for those wth iPhones, Apple is making that easier to stop not just Facebook, but others.

Here is the excellent article form Zak Doffman at Forbes.

Google is Tracking You . .

Ask and you shall not receive

The Washington Post recently ran a test on data flows from some popular iPhone apps. Even the ones that were not tracking you, in fact, were. Well, technically it wasn’t tracking, but “fingerprinting” – the process of obtaining enough infomrtion about your device that a the device (and presumable operator) could be easily identified. Although this is usually used by law enforcement against criminals,the techniques being used more and more against websites visitors.

On your iPhone, you can now tap a button that says, “Ask app not to track.” But behind the scenes, some apps keep snooping anyway.

You can find their investigation here.

After 9/11, the United States united in a way not seen in decades. In the rush to gets the terrorists who did this to us however, American citizens began to accept more government privacy invasions in the name of national security and public safety. It should not be a surprise that this is also when Big Tech rose to power and you became the product.

So you think you can trust the social media companies to do what you ask with your data . . . think again. In yet another “mistake” due to a “bug,” it turns out that those pictures you deleted from Instagram are not, in fact, deleted.

According to a recent Wired article, a user discovered that data he specifically asked Instagram to delete was still saved on their servers over a year later. He had requested a copy of his data and found that long deleted pictures where still stored on the site's servers. Instagram said that this was an “oversight” because usually they delete data within 90 days . . .

Remember, do not trust any social media company with your data. Your are the product. No company is going to give away their product for free. There is always a cost – in this case it is you – your information, your privacy, your control.

Instagram is also owned by Facebook; a notorious privacy violator. But don't worry, it is just a “bug” or an “oversight” – they clearly do not have any intent to violate your privacy and keep your information to sell to others . . forever. Not them.

Last month, users discovered some disturbing behavior in the Facebook App on the iPhone – it is secretly recording you.

Never forget that Facebook wants your data and does everything it can to maximize data collection from you. It makes millions from personal data, which means you if you are a Facebook user. 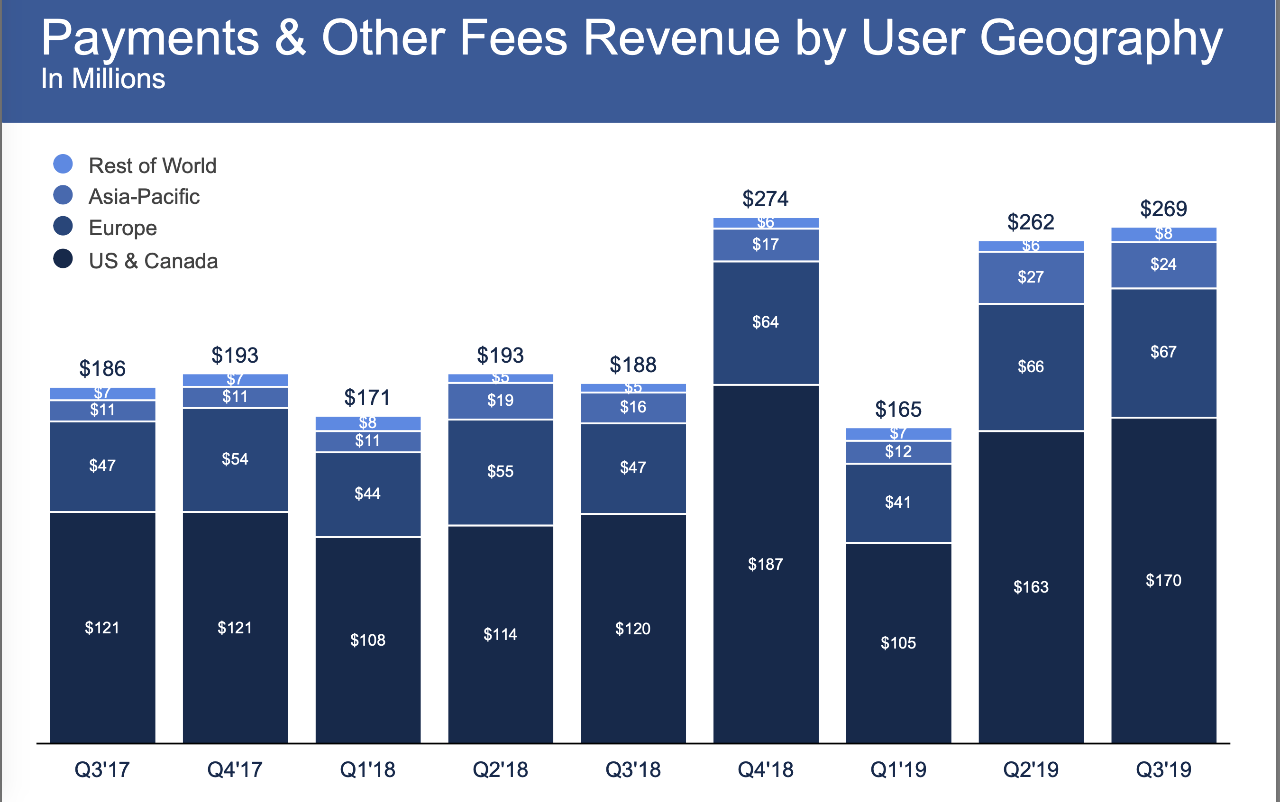 What do the Feds (or Congress) Need to Get Your Phone Records?

What does the Federal Government, Local Law Enforcement, or even Congress need to obtain your phone records? They just need to ask for them. And you will never know that they did and they have your call records.

Here is a link to an excellent article by Leslie McAdoo Gordon, looking at the history at court cases and statutory authority for these searches.

Amazon's Ring Door Bell Was Transmitting Passwords in the Clear

Earlier this month, PC Magazine ran a story about an BitDefender investigation of Amazon's Ring Doorbells. In sum, BitDefender discovered that they were transmitting user wifi passwords in the clear. BitDefender notified Amazon and they have supposedly fixed the problem. But it is just one more reason to be distrustful of Internet of Things products such as Alexa, Ring, Nest, etc . . .

You can read the full article in PC Magazine here

This week another privacy controversy surfaced in the United States Marine Corps. The MarineTimes, which claims to be an “trusted, independent source for news and information” for Marines and their families, broke a story early in the week about a female Marine who's pictures were being distributed around her base. These are pictures that she took and had placed on the site OnlyFans.com. The Marine, a single mother, claimed that she was trying to make a little extra money to help support her family. OnlyFans.com is a site used by social influencers to provide additional content to their fans for a subscription fee. The site has been used by many personal brands, including porn actresses and actors, to promote themselves and to provide additional content to subscribers. The Marine claimed in her twitter feed that she was using OnlyFans.com because it was “private” because people had to pay to use it. Well, of course, someone that knew her – most likely another Marine – tracked down her OnlyFans feed either through her public posts or by just happening upon it, and that was that. Her “private” content was soon spread to her fellow Marines and throughout her worksite.

The original article Marine Times article included her name, a cropped picture of the Marine, and her Twitter handle. Thus, it would be easy for anyone to find her and subject her to personal harassment. In short, the Marine went from relative obscurity to instant notoriety after she overshared and her personal information was published in a national magazine.

Needless to say, she was not pleased. The Marine complained in her Twitter feed that she had asked the Marine Times reporter for anonymity, but he refused. She was extremely frustrated by all the extra attention and mentioned in her feed that this is why people “kill themselves.” The Marine Times did revise and republish the article without her personal information, but only after her complaints and an email from Marine Corps Headquarters requesting that they take the article down.

James LaPorta, a former marine and current reporter for Newsweek, wrote an article on Friday that reviewed the situation and discussed Marine Corps leadership's decision to support the female Marine by requesting that the article be removed. Marine Headquarters claimed that the Marine was inexperienced in dealing with the press and was not aware that her interactions with them may not be anonymous. Laporta claimed that the Marine Times article had made the situation worse, not better. The Marine has since deleted her Twitter account.

She also tried to cancel her OnlyFans.com account, but complained that you can't cancel the account as long as someone was subscribing to the account. Unsurprisingly, her newfound and unwanted notoriety brought in new subscribers. So she was going stop posting content and raise the subscription price to the maximum to encourage people not to subscribe. To put it simply, she had lost control of her images (and reputation).

This whole incident is full of lessons and difficult questions on personal privacy. It's a classic example of oversharing. The Marine who shared believed that this would all remain small and private to a few anonymous people. She had no idea this would go viral and impact her work and personal life.

She wanted some exposure but not too much exposure

Well. we all know that you can't always get what you want and things often don't turn out the way you think they should. Never forget that. Here are a few things to remember before you share.

1. You can go Viral in an Instant.

This Marine went from a “normal” person with less than 1000 twitter followers and making a little money on the side at OnlyFans.com to the subject of a story in not one, but two, national magazines in 3 days. The story broke on Tuesday and she basically had to go into hiding by Friday.

This Marine lost control of her content by posting it on a third party site. She said that could not cancel her OnlyFans.com account while she still had subscribers. And her newfound fame only brought in more. I don't know if she has been able to cancel her account yet, but the fact that she tried right after the story broke and couldn't is a problem. You need to be very careful placing any content on a third party site, lest you lose control. You want to keep control of your content.

The Marine Times reporter, Phillip Athey, punished her name, quotes, and twitter handle even after she asked him not to do so. Remember, the media is trying to sell advertising. They need eyeballs and clicks. Without either, they are out of business. So, no matter how nice they seem, reporters and the media don't care about you. While you are dealing with the fallout, they are already on to the next story. Media is not your privacy friend.